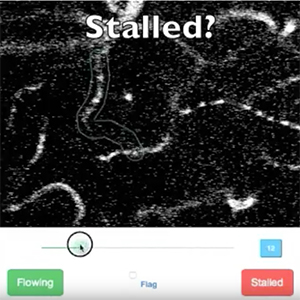 The Human Computation Institute (HCI) and the rest of the EyesOnALZ team are proud to present Stall Catchers (stallcatchers.com) – the first citizen science game to fight Alzheimer’s disease, which goes live today.

Stall Catchers is one of the two online games being developed by HCI as part of the EyesOnALZ citizen science project. Funded by a grant from the BrightFocus Foundation, HCI has been collaborating with Cornell University, University of California-Berkeley, Princeton University, WiredDifferently, and SciStarter to develop a platform for crowdsourcing the Alzheimer’s research being done at Cornell.

Stall Catchers will allow participants to look at movies of real blood vessels in mouse brains, and search for “stalls” – clogged capillaries where blood is no longer flowing. By “catching stalls,” participants build up their score, level up, and compete in the game leaderboard, as well as receive digital badges for their various achievements in the game.

Most importantly, everyone who participates will contribute to promising Alzheimer’s research at the Schaffer-Nishimura Laboratory, headed by Chris Schaffer and Nozomi Nishimura in the Department of Biomedical Engineering at Cornell, and help speed up the search for an Alzheimer’s cure by orders of magnitude.

EyesOnALZ – a breakthrough in how we do Alzheimer’s research

Alzheimer’s is becoming the pandemic of the 21st century – and even though researchers worldwide have made numerous attempts to find a cure for this dreadful disease, no valid treatments or proven preventive options are available to this day. 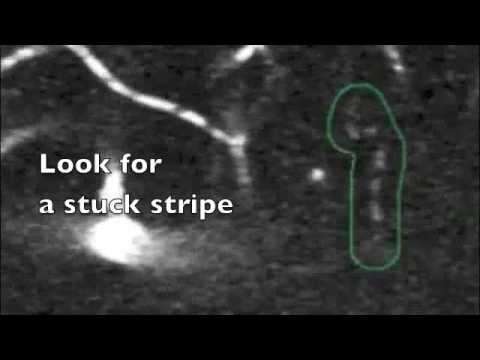 Recently, however, researchers have made significant progress in understanding Alzheimer’s disease (AD). Research in the Schaffer-Nishimura lab has made breakthroughs in understanding a well-known but poorly understood, aspect of the disease – reduced blood flow in the brain. This blood flow deficit could be responsible for many of the symptoms and much of the disease progression in Alzheimer’s. Indeed, by blocking the occurrence of these stalls in mice, they have observed a reversal of cognitive symptoms such as memory loss.

Read more about the science behind stalls.

However exciting they may be, these preliminary findings took several years of intensive research because of the time-consuming data analysis step. Fortunately, through the power of crowdsourcing, the EyesOnALZ project is expected to substantially speed up this step.

In our last post, we promised to tell you what interstellar dust has to do with solving Alzheimer’s. Turns out – a great deal!

“Once I saw the analyses they were doing in the lab, it struck me that they mapped almost perfectly onto two successful citizen science platforms: stardust@home and EyeWire” – says Dr. Pietro Michelucci, director of HCI, and principal investigator of the EyesOnALZ project.

Soon after, Dr. Michelucci contacted the creators of both platforms, Andrew Westphal at University of California-Berkeley, and Sebastian Seung at Princeton University, who recognized the good fit and graciously offered to help adapt their existing platforms to Alzheimer’s research data.

The first EyesOnALZ citizen science game – Stall Catchers, has been built on the stardust@home platform. “Vessel movies” here are played back using a special tool – the Virtual Microscope (VM), developed for the original stardust@home project.

In Stall Catchers, the VM allows participants to look into successive layers of brain tissue, where different blood vessels come in and out of view. This is surprisingly similar to the stardust@home task of searching for tracks of stardust in successive layers of aerogel. Indeed, the Stall Catchers game has already been tested by a team of experienced “dusters” who share the excitement of repurposing their home platform to the search for stalls in AD-affected brains.

“With Stardust@home, we were looking for pieces of stardust to help understand the beginnings of our solar system…the beginnings of everything we are.” – says one of the stardust@home old-timers, Red Team member Nikie Ryan. “This game [Stall Catchers] is designed similar to Stardust@home, but the impact is so much more intimate. The impact can affect our families, communities, and beyond.”

Next steps for Stall Catchers

Following the official launch, the EyesOnALZ team will test the methods that combine many crowd-based answers into a single expert-like answer and show that The Crowd can analyze Stall Catchers data as accurately as trained experts. Meanwhile, the researchers at the Schaffer-Nishimura Lab will continue feeding new data into Stall Catchers to tackle pressing research questions that have until now been stuck at the hypothetical level:

“We have a set of exciting research questions lined up, including the way cells in the capillary walls attract leukocytes, and how stalls are affected by recognized AD risk factors, such as cardiovascular problems.” – says Prof. Schaffer. “Answering these questions could bring us closer to promising clues of how to prevent Alzheimer’s, stop disease progression and even revert some of the Alzheimer’s symptoms, but each study could take years to complete.”

Fortunately, Stall Catchers will reduce the time needed for each of these studies from years to weeks by enabling everyone – regardless of their background or age – to contribute to the data analysis. “We have seen kids as young as 8 years old complete the task successfully,” says Michelucci. All you need to play the game is a laptop, a tablet, or a smartphone, and the desire to fight Alzheimer’s!

“The idea is to empower anyone, including those affected directly by the disease – families, caregivers and Alzheimer’s patients themselves – to directly combat a disease that affects them or their loved ones,” – says Michelucci. “Moreover, if we can enlist the help of thousands of people, then we have created a huge force multiplier in our fight against this dreadful disease.”